Following the customer’s request, IODA has created a parabolic mirror to focus LED light – this project called “LUX” is an excellent example of the potential work by IODA.

The main aim of this project is to direct the LED light with the highest efficiency.

This project develops in three steps: 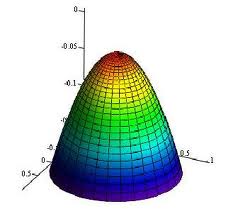 Calculation of the paraboloid curvature of the reflecting mirror and realization of the mapping of the surface, for the freeform production line.

A parabolic (or paraboloid or paraboloidal) reflector (or dish or mirror) is a reflective surface used to collect or project energy such as light, sound, or radio waves. Its shape is part of a circular paraboloid, that is, the surface generated by a parabola revolving around its axis.
The calculation parameters of the curvature paraboloid depart from the knowledge of the desired amplitude of the light beam and the type of LED adopted. We have used a software program developed internally by the R & D and CAD programs to create a virtual mould model. 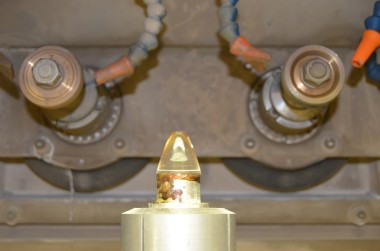 The glass mould production is also divided in three steps:
roughing and polishing of raw materials via freeform machine, polishing with a special flexible tool, and visual inspection.

The last stage of the production process is the polishing. It is performed with a flexible tool copying a parabolic surface mould.
The accuracy of the surface produced is sub-micrometric. 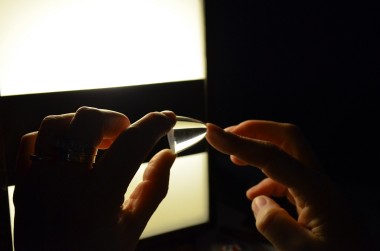 The product obtained is dimensionally controlled and its surface is examined by the viewer to ensure the required surface quality; any imperfection would increase the adhesion with the injected resin and make difficult its detachment. 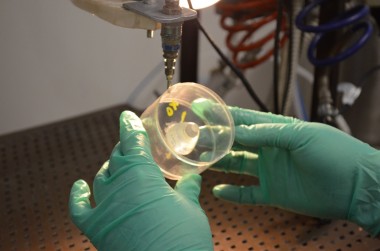 The paraboloid mould, called “Master” is inserted into a cylindrical container and then is injected into the hard resin which cures following a particular thermal cycle in an oven with water. The preparation of the container and the insertion of the Master takes place in a controlled atmosphere department, which prevents that the injected resin may be contaminated by external factors.

The final test has been performed inside the owner’s factory, the intensity and amplitude of the light beams have been checked.
The final product has been a big success!

The creation of this parabolic mirror is an example of the production capacity by IODA.