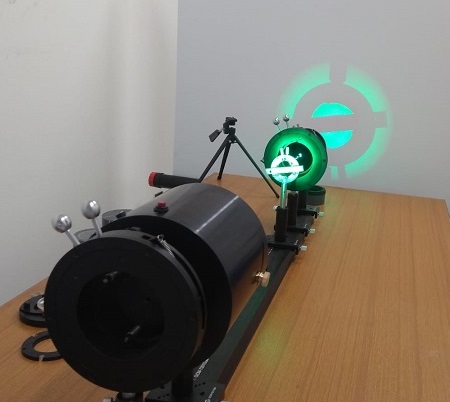 IODA has developed a system that allows to project the profile of an object for the examination, the projected object is enlarged 5 times (5X magnification).

The instrument is inserted in a production line, therefore the dimensions and the position of the components are constraints imposed by the customer.

The profile projection system consists of:

– A second lens system, called lens, which collects the image of the piece by enlarging it and sending it to the feedback screen.

An important feature of the profile projector is the multiplicity of controls that can be implemented, in fact:

This project was developed in collaboration with Astronomical Observatory of Padova (INAF Padova).