Using the COB Led with relative holder, the angle distribution is around +/- 80 degrees. The customer needs to drive the light to create diffuser light for special applications.

In the two pictures herebelow we have used a COB Citizen. You can compare the picture on the left side, where C.O.B. is without any lens, with the picture on the right, where the C6-B lens has been fitted: you can easily notice how the angular opening of the angle of the emitted light is much wider, lighting up in part also the support surface of the heat sink. 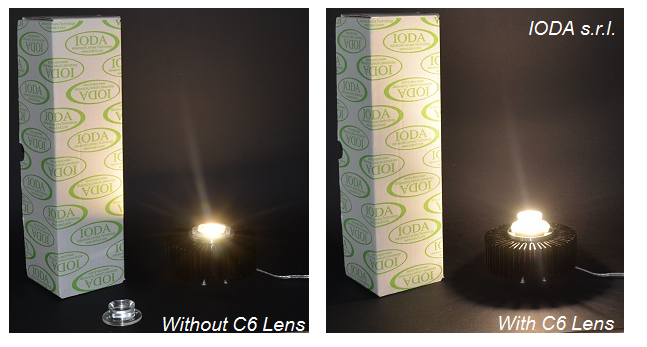 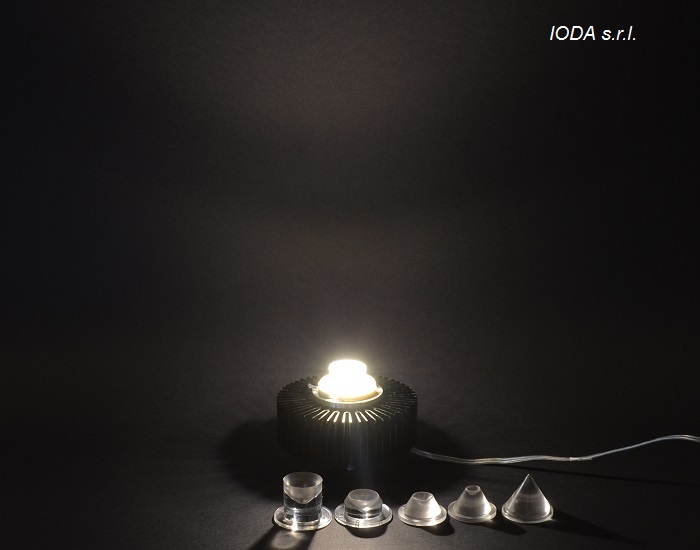 After different laboratory tests, we have indentified in our model C6 (both in A and B version) and more recently in the latest C7 model the best solution to diffuse light from a COB souce.