The Led module series are designed for AC drive (or operation) doesn’t need the converter which is essential for conventional general lighting.

As there is no need of converter, led module series realize as close life-time as original LED and make a better use of a space in many applications. 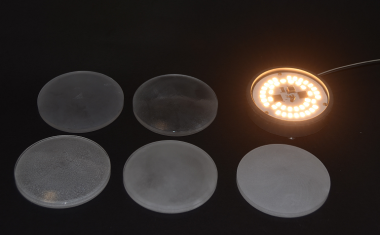 protective barrier between the LED and the operator

The secondary diffuser lenses for this particular line of LED modules have the following characteristics:

2) The lens hides the LED, when not in use; this for a better appearance and an optimal integration of the light source in modern environments.

3) The lens homogenizes the emitted light by increasing the comfort for the user and improves the aesthetic appearance of the light, as the single diodes of the LED module are not visible and the light seems to spread equally on the whole surface of the lens. 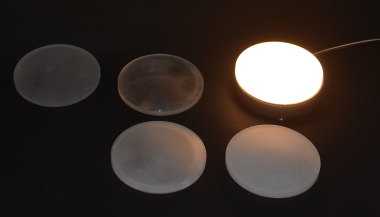 Both surfaces are worked, the degree of roughness (finish) is realized according to the buyer’s needs.

In addition to the change of the surface finish according to the needs of the homogenization of the emitted light,  you can have also the following options using this type of  lenses : 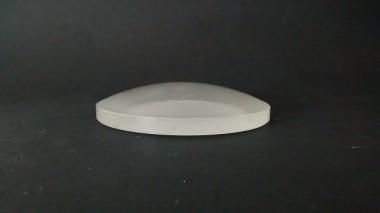 – Tempering the lens through a chemical process, in order to make the surface more resistant to scratches and bumps.

– Varying the radius of the concave and the convex.

– Changing the dimeter as far as you can get a value equal to 25 mm.